You can choose car oil based on two main factors: the oil that your car dealer recommends and how low the temperature can fall in winter.

Thick oil cannot flow properly through your motor. Similarly, motor oil that is too thin cannot offer the engine the protection it needs. Therefore, viscosity is an important factor when choosing a motor oil, in that it should neither be too thick nor too thin.

Therefore, when purchasing a particular kind of motor oil, you must base your preference on engine parts protection and performance.

More viscous oil guarantees better engine protection, but it will slow down its performance. The vice versa is also true, given that lighter oil makes your engine run more smoothly but fails to protect the moving parts. The main difference between 5w40 and 15w40 arises from their operating temperatures.

From these values, it’s easy to conclude that 5w40 oil gives best performance in colder climates while 15w40 is recommended for hotter regions.

The “w” in the oil names is an abbreviation of “winter” based on the grading system by the Society of Automotive Engineers (SAE).

Note that 1000 is the value for kinematic viscosity, while 150 indicates the dynamic viscosity on a running engine.

You should also know that motor oils are specified for only summer or winter. Summer oils only have the numerical value after the w, while winter oils have the value before the w. 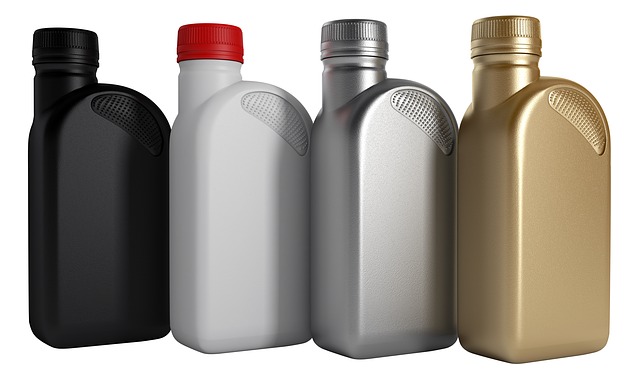 For example, 20w is a winter oil, and it is effective in temperatures as low as 200 Celsius. SAE 30 is an example of motor oil graded for only hot temperatures.

The double values in 5w40 and 15w40 mean that you can use them in any climate, but the car owner should not go beyond the designated values.

These oils have advantages in that you do not have to change the oil when seasons change, so they are cost-effective.

One of the notable differences between 5w40 and 15w40 is that 5w40 is a fully synthetic engine oil while 15w40 is blended synthetic motor oil.

5w40 is a multigrade oil that you can use in all seasons, as indicated by the two values before and after the “W.”

These parameters show that 5w40 oil is less viscous in lower temperatures than 15w40, even though they share viscosity values in higher temperatures.

5W40 oil is associated with an oil change after covering 15000 kilometers (9000 miles). It is more flexible than other oils because of its wide operating temperature range, making it an all-season oil.

Therefore, 5w40 is better than other motor oils in vehicles with the same annual mileage.

It leaves little or no deposits on your engine because it removes all impurities.

This oil also provides better protection for the engine because it is effective for extended periods.

Starting the engine is easier when you use 5w40, and it also has a higher tolerance for harsh driving conditions.

However, 5w40 is more expensive than 15w40, and manufacturers recommend it for engines that are not so worn out.

Some manufacturers are against using this motor oil type in their vehicles. You should know that 5w40 is a motor oil that is crude based, and is recommended for diesel and gasoline engines.

Note that this oil is mostly used in car engines that utilize leaded and unleaded gasoline.

As I have explained before, it would be best to consider the ambient temperatures for a motor oil before purchasing. The starting temperature of the oil is also an important factor to consider.

15w40 is also labeled by the SAE grading system as a multigrade oil considering the two values before and after the “W.”

It’s ideal for use in both winter and summer, like 5w40 oil.

The first value is 15, and it indicates the minimum temperature under which this oil type maintains its viscosity.

The recommended mileage for an oil change for 15w40 oil is at most 5000 kilometers, equivalent to 3000 miles.

The recommended mileage for 15w40 is way lower than 5w40, and that is why some car owners prefer 5w40.

This is the ideal motor oil to use when your engine is worn out because of its protective properties.

15w40 also protects your engine from corrosion, and it performs effective sludge removal.

This motor oil minimizes the fuel used in the internal combustion engine while protecting it from wear and tear. Therefore, 15w40 is more cost-effective compared to 5w40.

The manufacturing process of the oil is also cheaper, and it will help you save on costs. You should know that 15w40 protects your engine better in warmer climates.

The downside to using this motor oil is that you cannot use it in harsh driving conditions, especially if you are an aggressive driver.

15w40 is also ineffective in temperatures below -200 because it loses its protective properties.

Some car manufacturers also do not recommend the usage of 15w40 in the engines.

Before deciding which one is better, consider the manufacturer’s recommendations on the oil you should use.

When you check the pros and cons table, you will notice that the effectiveness of the two engine oils is highly dependent on the situation.

For instance, 5w40 will serve you better in cold conditions as its high resistance to cold guarantees a quick engine start. You can also use it if you are an aggressive driver or under harsh driving conditions.

On the other hand, 15w40 serves your engine better in warmer conditions. If your engine is worn out, you can use it as it will provide its protective properties.

However, it would help to consider the downsides of using both engine oils. For example, 5w40 is more costly than 15w40, so if you want to save costs, go for the 15w40.

Note that both car oils promise a clean engine because they have additional properties for cleaning the engine.

Determining the better motor oil may be difficult, but I can say 5w40 because most vehicles can use it and withstand harsh driving conditions.

As discussed earlier, your car  manufacturer will determine whether you will use 5w40 or 15w40.

The values in these motor oils represent the highest and the lowest temperatures that support optimum performance. 5w40 works better in colder temperatures, while 15w40 is more effective in warmer temperatures.

If you want to decide which one is better for your car, go through the pros and cons table and determine which one suits your preference.

When used under the right conditions, both types of motor oil will serve your engine well.

Ensure that you do not use 5w40 in an engine that is worn out because it will not provide the required protection.

If you want to drive under harsh conditions, 5w40 should be your engine oil of choice.