It’s essential to know how long your car will remain viable. A well serviced and maintained Hyundai Elantra should serve for at least 150,000 miles.

A Hyundai Elantra can operate for a minimum of 150000 miles and most probably may go up to 250000miles if it is well maintained with no major repairs. Assuming that you will be doing an average of 15000-20000 miles per years, you should expect the Elantra to serve you for about 10 to 15 years.

How you take care of your Hyundai Elantra will determine how long it will serve you.

Consistent servicing and oil replacements will maintain your vehicle on the road for a long time and save you money on costly repairs.

How Many Miles Do Hyundai Elantras Last?

A Hyundai Elantra can operate for a minimum of 150000 miles and most probably may go up to 250000miles if it is well maintained with no major repairs. Assuming that you will be doing an average of 15000-20000 miles per years, you should expect the Elantra to serve you for about 10 to 15 years.

The Hyundai Elantra, also known as the Hyundai Avante, is a light automobile manufactured in South Korea since 1990 by Hyundai Automotive Company.

Hyundai Elantra was introduced as the Lantra in the global market, especially in parts of Europe and Australia.

Before we look into the specifications of the Elantra, it’s necessary to distinguish between two models: the 2021 model and the earlier models. 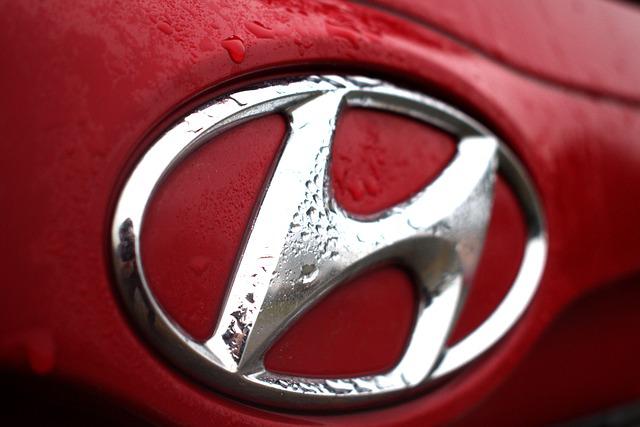 In 2021, this automobile was completely redesigned. Among the modifications, the Hyundai Elantra hatchback was phased out, and the sedan was redesigned to a longer and wider body.

Some of the specifications in the 2021 model include an 8-inch touchscreen, speech recognition, high-definition radio (HDR), and an interface with both android and Apple CarPlay.

Hyundai phased out manual transmissions in sedans in 2020, replacing them with CVTs (Continuously Variable Transmission).

Dual-zone automated climate management and some security features, such as forward-collision alert, were also included.

There were relatively few modifications in 2018 and 2019, but the inside appearance was greatly enhanced.

The Elantra 2017 model was the last major redesign before 2021, improving electronics and safety sections.

The best preferred Hyundai Elantra is the 2020 model, and the least preferred is the 2013 model, according to results from reliable automotive sources and car owner comments.

The 2013 model had engine stalling and steering issues in the last decade.

With over a thousand user complaints, model 2013 Elantra had the highest number of overall complaints since the launch of Hyundai Elantra.

There are various issues with the Elantra 2013 engine. Aside from the engine troubles, there are other faults with the model’s braking pad.

Furthermore, a bothersome airbag light accounts for over 10% of all issues filed. Cruise control problems, horn malfunction, and occasional steering breakdown are other difficulties.

A defective clock spring inside the steering wheel is the source of all steering issues.

Since the fault is so prevalent, Hyundai prolonged the clock spring’s guarantee to 15 years with limitless miles once it was rectified.

The 2017 Hyundai Elantra model is also listed as one of the sedan’s poorest years.

Although the number of complaints fell to a tolerable 390 in 2017, the over 120 engine concerns show that the company’s four-cylinder engines aren’t free of flaws.

The 2017 model also had an aesthetic issue. Several owners complained of paint peeling off after some time.

Hyundai’s midsize sedan range has worked out the flaws of the earlier models.

The 2020 Hyundai Elantra is a well-received sedan model which is inexpensive, efficient, and loaded with rich features.

The 2018 Elantra is one of the best models with a modern finish, boasting advanced technology and safety standards.

Despite the engine’s unappealing performance, you still receive many benefits, such as decent gas mileage, cargo room, and above-average efficiency scores.

Even though the 2020 Elantra gets excellent safety scores, its predecessors have several issues.

Some of the common Hyundai Elantra problems include;

The engine is among the most popular Hyundai Elantra problems, including inadequate coolant, knocking, etc.

The knocking issues affect both automatic and manual transmission automobiles.

The engine bursting into flames has been one of the most severe issues that users of this model have had to cope with over the previous decade.

Given the likelihood of an electrical short in the braking system, the company recalled roughly 400,000 automobiles made between 2006 and 2011. A fire could result from such an issue.

The most typical problem regarding airbags is that the light turns on and off at unexpected times.

It’s unsettling to worry if your airbag is functioning normally, especially when the issue arises while on the highway.

Some 2006 and 2007 models were recalled owing to airbag deployment that would occur in cases of increased pressure.

Some users encountered power steering malfunctioning and then returning to normalcy at random times.

Others reported cracking noises and difficulties locking the steering in a straight posture.

Several automobiles were recalled in 2017 because of steering connector issues.

The last problem on the list is the service brake issue. Inferior brake pads and brake malfunction are among the faults reported by users.

The year with the most braking system concerns is 2013. Several users complained about grinding noises from the brakes.

Several recalls have been actualized since the Elantra model was launched in the late 1990s.

Below is a table showing Hyundai Elantra recalls between 1997-2003.

Hyundai recalled some Elantra automobiles manufactured between 2006 and 2011. The main concern was a feared possibility of an electrical short when moisture enters the braking system.

2008- Several Elantras were recalled due to braking system issues and lighting and airbag issues. The airbag would deploy regardless of the passenger’s weight.

2008 Elantras were also recalled due to a fuel system issue. The fuel pump would have issues producing less pumping pressure than the required amount.

2012 to 2014 models were recalled mainly because of airbag and braking system issues. These years recorded a higher number of deteriorating brake pads that would impair the braking system.

2012- One of the recalls was due to assembling issues. The 12v socket was overtightened, leading to overheating on the outlet.

The other 2012 recall was due to a fault in the electronic stability control (ESC) sensor. The brake would be applied suddenly due to this fault, thus reducing the engine power.

The 2017 model was recalled mainly because of steering connector issues. The steering issue would lead to a failure of the electric power steering.

Other issues such as braking system and airbag issues were also experienced, leading to 2017 recalls.

2019 and 2020 Elantras were recalled because of engine issues. It’s possible that the piston oil rings were not adequately heat-treated, resulting in engine failure.

2021 and 2022 Elantras were recalled because of seat belt issues. An outburst could happen if the front seat belt pretensioners are deployed in the case of a crash.

The Hyundai Elantra is one of the most reliable midsize vehicles. The automobile gets a 4.5 out of 5 overall reliability rating.

This places it eighth out of 36 competitors in the same class. It demonstrates that the Elantra is a dependable automobile that will not fail you.

A Corolla can outlast an Elantra by a long shot.

The Corolla can serve approximately 300,000 miles, equivalent to 20 years, when driven on the standard 15000 miles per year.

The Elantra model will serve around 200,000 miles, equivalent to 17 years, when the standard 15000 miles per year is maintained.

The Hyundai Elantra sedan will outlast the Chevrolet Cruze by a long shot.

The Hyundai Elantra is expected to serve 250,000 miles or about 17 years with no major repairs.

The Hyundai Elantra and the Ford Focus are great automobiles that can serve around 250,000 miles (approximately 17 years) when well maintained and driven on an average of 15,000 miles every year.

Is Civic or Elantra Better?

Furthermore, the Civic portfolio is far more versatile in general, with a wide range of makes and models.

Is The Hyundai Elantra A Reliable Car?

The Hyundai Elantra is among the most dependable compact vehicles available in the current market.

The 2021 Elantra received a 4.5 out of 5.0 score on reliability from RepairPal, putting the model in the eighth position out of 36 rival automobiles.

Is Hyundai Elantras Expensive To Fix?

A Hyundai Elantra’s estimated yearly service and maintenance expenses are highly affordable, with a cost of 450 USD, compared to 520 USD for compact automobiles and 650 USD for all categories of vehicles.

Which Elantra is fastest?

The Elantra N-line is the most powerful Elantra model in terms of speed. The automobile has a twin-turbocharged engine producing 276 horsepower and 393Nm of torque.

On How Many Miles Do Hyundai Elantras Last

In summary, it is a fundamental fact that any power automobile may endure a decade or two with frequent oil changes and proper servicing.

The Hyundai Elantra makes it to the safe list of some of the most reliable automobiles as far as lifespan is concerned. The Elantra model can serve you at least 10 to 17 years when properly maintained.

Hyundai automobiles offer the best bargain if you want the highest quality at an affordable price. The maintenance cost is very affordable as well compared to other compact automobiles.

It is also critical to practice safe driving behaviors. When it comes to extending the lifespan of your Hyundai Elantra, efficient, regulated brake and acceleration can make a big difference.