Home » Uncategorized » How Much Oil Can A Bad PCV Valve Burn? The CORRECT ANSWER!

You’ve probably noticed that your car is consuming more oil than normal. Well, a bad PCV valve can cause your engine to burn oil. This is because the PCV valve allows oil vapors to escape from the crankcase, and if it’s not working properly, those vapors can be drawn into the combustion chamber, where they will burn along with the gasoline.

But how much oil can a bad PCV valve burn?

How much oil a bad PCV valve can burn depends on how badly it’s leaking. A small leak might not cause any noticeable burning, while a larger leak could cause your engine to consume a quart of oil every 1,000 miles or so, and the lost oil can add up to about 10% of the oil consumed.

What is a PCV Valve, and How Does it Work?

A PCV valve is a one-way valve that allows air to flow into the engine while preventing oil and other fluids from entering. It is typically located near the top of the engine and connected to the intake manifold and the engine block. 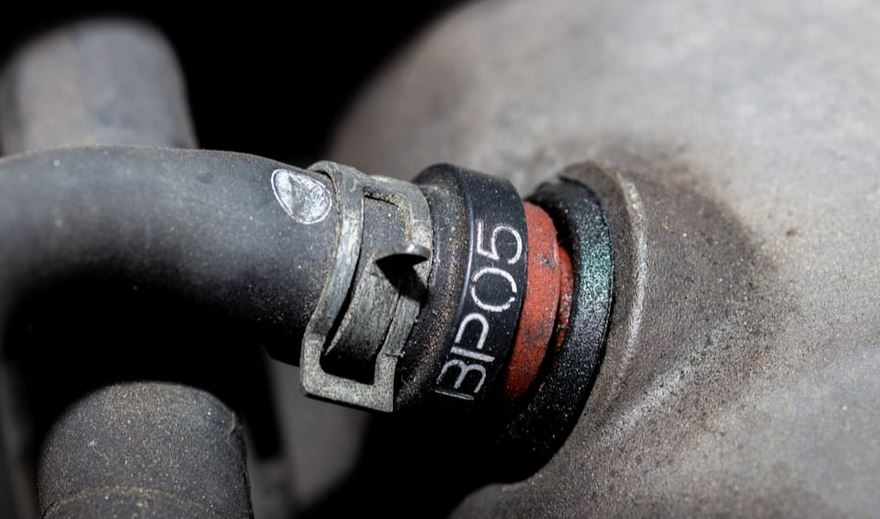 The PCV valve plays an important role in the engine’s operation by helping to regulate the pressure inside the crankcase.

During combustion, a portion of engine exhaust bypasses the exhaust valve and escapes across the piston rings. When the engine’s exhaust pressure exceeds a particular threshold, the PCV valve opens & returns the exhaust to the engine bay. Without a PCV valve, the exhaust would be released directly into the atmosphere.

When the engine is running, the pressure inside the crankcase increases due to the movement of the pistons. The PCV valve opens to release some of this pressure, preventing too much pressure from building up.

As the engine runs, the PCV valve also helps to draw fresh air into the crankcase, which helps to keep the oil and other fluids clean.

The engine is powered by the energy derived from the gas it consumes. The fuel is combusted, and the engine extracts the energy. However, the explosions produce gases that occasionally leak into the crankcase. This is the lowest portion of the engine, where engine oil resides.

Typically, the fumes consist of unburned gasoline. They will contaminate the engine oil if they remain in the crankcase with it. The oil will quickly transform into sludge.

You don’t want sludge in your engine at all. It generates blockages and sudden breakdowns. The increasing pressure would be excessive-high for the system to handle; a vent is required to expel the extra gases. If not, the gaskets and seals might explode.

Before the invention of PVC valves, engines would release excess exhaust through a pipe directly into the environment.

However, the dangerous emissions caught the eye of the federal government, which mandated that all gasoline engines be equipped with PCV one-way valves to control the emissions. This directive did not significantly impact diesel engines.

The PVC valve captures the crankcase gases and transfers them back into the air intake system. It is here that the gases are re-burnt to decrease their environmental impact. A breather tube is used to add more fresh air to the system.

The tubing is rarely discussed, yet its relevance to the operation process should not be overlooked. As air circulates, it removes moisture and combustion byproducts from the crankcase. Thus, no sludge will accumulate in the system.

This process significantly protects the engine’s health and increases the oil’s lifespan. As with any other car component, the PVC valve is prone to failure. It may get blocked and unable to release extra gas.

If this occurs, your vehicle will have oil leaks, resulting in excessive oil usage. Additionally, the intake system may be compromised. Check the PVC valve first if you notice surges or oil leaks.

Manufacturers attempt to predict the lifespan of PVC valves, but vehicle aging is subjective. They give a ballpark estimate of 33000 km and 81000 km, equivalent to around 20500 – 50300 miles, but the valve may fail sooner than this estimate.

PVC valve faults can be identified with a simple visual examination. You can visually inspect the PCV, and while you may not be able to perform the repairs yourself, the repairs are rather inexpensive and quick.

To extend your PVC valve’s life, you may change your oil more frequently. Lengthy intervals between oil changes lead to the accumulation of gum, which reduces the effectiveness of the valve.

If your car is leaking oil and you think it may be due to a faulty PCV valve, you may wonder if replacing it will stop the leak. The answer to this question depends on the cause of the leak. 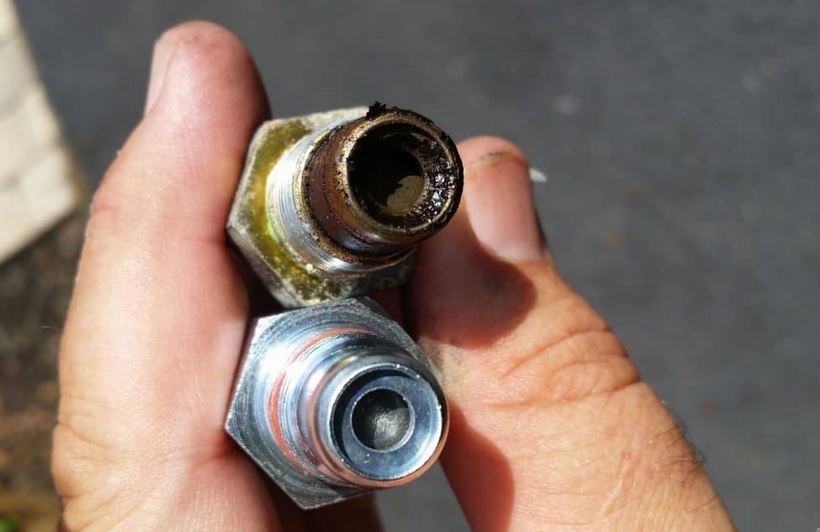 Increased oil consumption: If you’re finding that you need to top off your oil more frequently than usual, it could mean that your PCV valve needs to be replaced.

Engine Oil Leaks occur when the gasket and seals blow up due to the engine’s increased internal pressure, creating a pathway for an oil leak. You can spot oil leaks by inspecting the ground after you’ve parked your car for several hours.

Increased Internal Engine Pressure: The main purpose of the PCV valve is to release excess pressure from the crankcase. However, if the valve is clogged, you should expect pressure to build up inside the engine.

Can A Bad PCV Valve Cause High Oil Pressure?

Most likely not, but yes. If it is obstructed, exhaust gases might build up heat and pressure, causing the oil to overheat and sludge to build between the PCV valve and the head.

This can pollute the oil and the bird’s digestive tract. The oil pressure will certainly increase if the channels are obstructed or constricted. Otherwise, a minor increase may result from pressure buildup in the same location.

If you do not have the cash to repair it, removing it and filling the hole with rolled-up T-shirt cotton is permissible. This will allow combustion gases to escape and prevent dust from entering the head.

This is harmful to the environment since these fumes are often partially burned fuel, but beneficial for your vehicle because it will keep running. If that doesn’t work, I would recommend spraying in some SeaFoam or pouring a whole bottle into your engine oil, letting it sit for 30 minutes or so, and then replacing the oil.